Another figure done for my local Infinity Clubs paint a new army by November 23rd of 2019. I actually didn't mean to paint this one up, I got the names confused and ended up painting this one, but it's okay because he is still part of my list for November.

This figure is called a Hsien. It's a heavy infantry unit for the Yu Jing faction armed with a HMG. It also is equipped with a special visor that helps it see through smoke etc. Think thermal sites like on a tank.

This puts me just shy of my halfway point, of course I could be done in a week or two with so few figures, but not having a lot let's me bounce from period to period to keep it fresh. 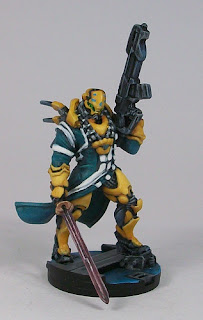 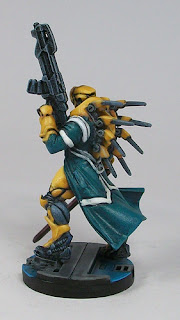 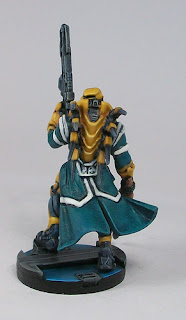 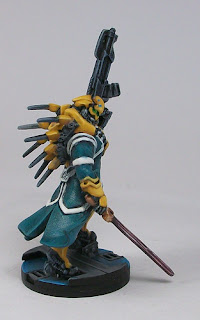 This little beauty didn't turn out exactly like I had hoped, but I like it and will approve stamp it's entry to the battle case so I can move onto the next figure in the Que. 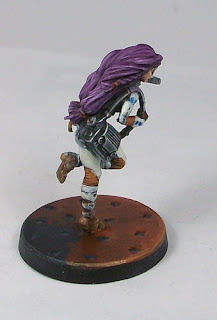 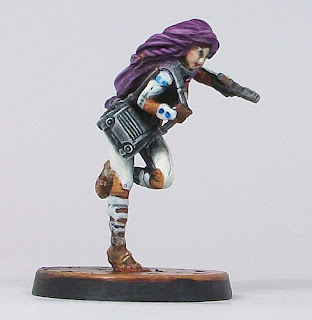 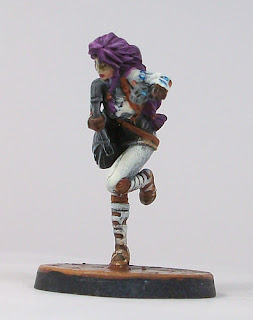 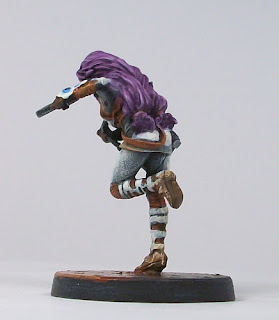 I am participating in my local Infinity Clubs paint a new army by November 23rd of 2019. It's a 300 point limited insertion list, which means not normally more than 10 models, but with servant bots and HVT's (High Value Targets) it could reach 14 or 15 models. Now while this doesn't sound like a lot, it's not, it still is a challenge. Especially for this old ADD... CDO (OCD done correctly) kind of person who sees a squirrel and like a hound dog my attention is immediately torn away from what I am supposed to be doing. But hey, don't all of us hobbyists have that in common, the oh ahh factor, and buying a ton of crap only for it to never see the light of the gaming table (unless you play with them unpainted, BUT WHO DOES THAT I ASK YOU???).

Yep I have a ton of different periods that I like to convince myself that I am working on all of them simultaneously, because I can! But I am still waiting for myself to display these said works of art to prove that I am actually doing this.

Well without poo pooing about it any longer let me show you what I have done with my time this past two weeks. I selected the faction Yu Jing, and within that faction there is a Sectorial called the Imperial Service. It's like the Yu Jing's faction secret police army. I kind of have a thing lately for the bad guys, you know, like Darth Vader, Darth Maul, stuff like that. 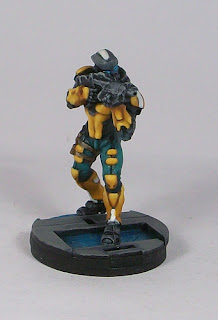 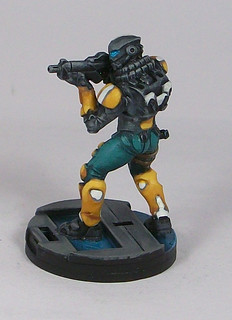 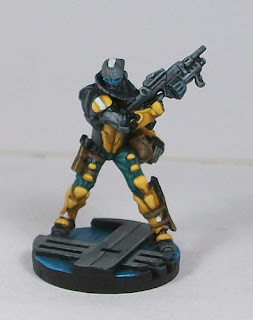 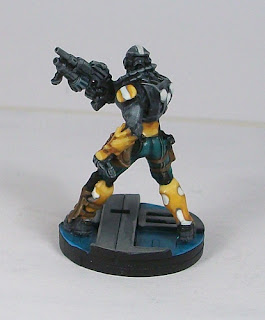 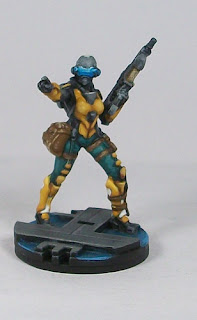 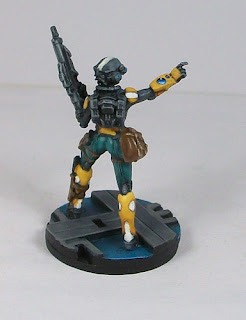 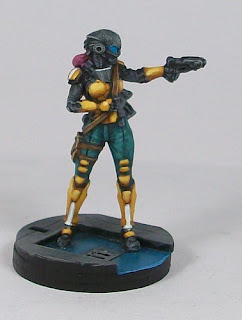 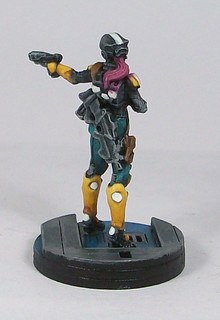 As Always thanks for looking.