What a crazy Summer this has been so far for me. I am watching four children as a sitter gig and, though the kids are great, I am mentally exhausted by end of day and have had no energy to paint much or post.

But I have not been totally idle. Here are a few additions I have been able to add to my Onyx Sectorial list for the Combined Army for Infinity. If you believe in the Dark Side, then this is the Army for you.

First up is a figure from Corvus Belli Dire Foes 6 box set called "Free-lance Stringer". She is considered an HVT (High Value Target). In the game Infinity if you capture your opponents HVT you can gain objective points toward your score in trying to win the game. Infinity is basically an objective based game, so just going around murdering your opponent won't necessarily win you the battle. Here are a few snaps of her. 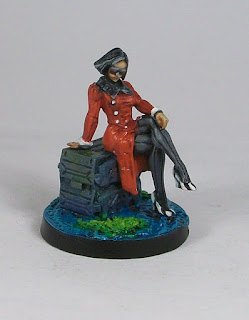 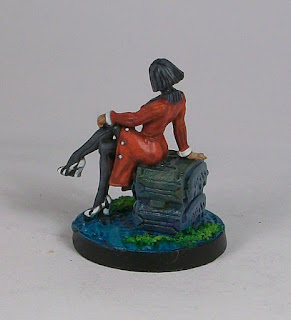 Next up is a Combined Army Drone Remote called an "E - Drone", which is armed with a Combi rifle for defense, but more importantly is a Hacking unit, which like it sounds, will cause havoc with the enemies network. 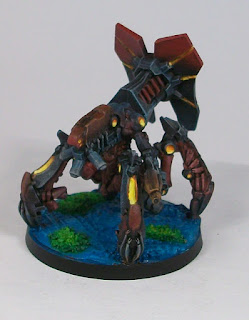 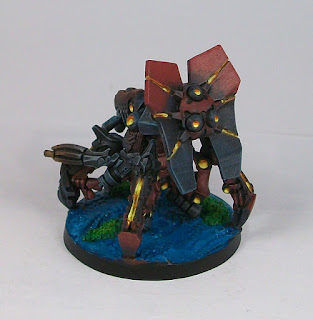 Lastly for tonight I present Corvus Belli's "Pneumarch of the Ur Hegemony" another HVT model like the Free Lance stringer, except here I am using this model as a proxy for the Combined Army's "Nexus Operative" a hacker type model armed with a combi rifle. I was not pleased with Corvus Belli's scuplts for the Nexus Operative so I decided to use the Pneumarch as it is really close, and I think you will agree with me, a very cool looking model. 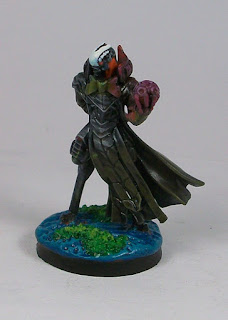 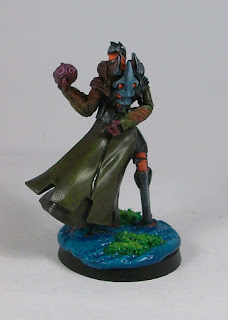 Well that's it for now and as always thanks for looking.