I know this blog is supposed to be my work etc. But every now and then I come across something really amazing, and seeing Jim Mckenzie's work is a must see. A true artist and perfectionist. I can do a little bit of drawing, and can do a decent job of painting, but I think I would lose my mind scuplting as well. This project started out in 2014 from drawings from what I can tell and simply amazes me at time involved. I hope you enjoy this 6 minute video as much as I did. He even wrote the music for the presentation.


Permission was given to show this as long as credit was given. So I have cut and pasted below.

"Prince Collin is King Andon's only son and therefore heir to the throne."

So begins the description of Collin, warrior, a true leader, and perfect fit for my granddaughter. Collin is the second character of six that I have just finished painting (base coats done by granddaughter), and I like how he turned out. I painted a few things different as compared to the card to spruce him up a bit. Being wealthy born I figured he'd at least have a fancy belt and not a plain one;)

I hope you enjoy the pictures. 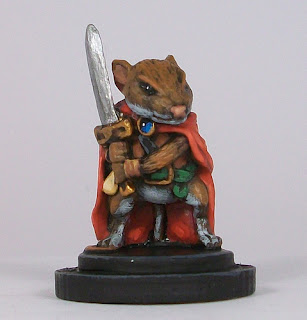 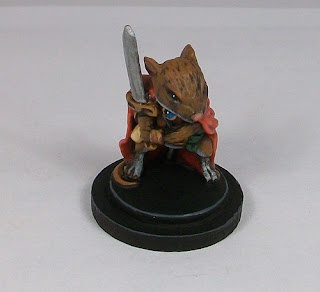 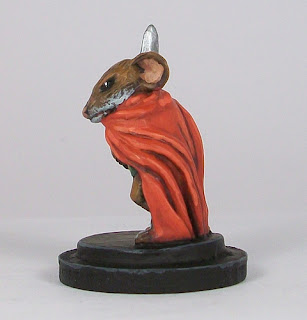 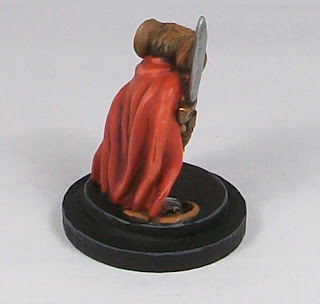 Mice and Mystics: Everyone meet Lily

I purchased this game (Mice and Mystics by Plaid Hat games) several years ago thinking how grand it would be to play with my granddaughters. I would quickly paint up the miniatures, introduce my little angels to the world of role playing fun. Ah, visions of the old days of me being a small lad and playing Dungeons and Dragons with my friends on a piece of graph paper. The days where our imaginations drove our desire to play. But I digress, Mice and Mystics is a fun quick game but I learned quickly that I had bitten off more than I could chew. Age 7 plus, means just that, age 7 plus.

So I put the game on the shelf and waited until this past week when I had them over. I got out the game and tried to read the rules as we went while interruptions of Papa I'm hungry (I had just fed them), and Papa can I go do this (whatever it was we had just sat down). It was a disaster to say the least, but I kept my patience like only a Papa can and quickly saved the situation by getting out Yo Gabba Gabba bingo, and also a very simplified game of Formula De (they liked it because I painted up little metal cars for it).So in the end they had a grand time and that is what really matters anyways.

But my interest had been peeked and with a discussion with my Wife I decided that I would learn the game without the grand kids around, teach my Wife, and then be well armed to introduce my 7 year old and 4 year old to the grand world of role playing (I know Age 7 plus, but I have a plan on how to keep the 4 year old engaged) with the helpful hand and patience of my Wife.

So this week while I have been studying the rules a bit closer, I've also decided to make a big push to paint their favorite characters. First up is Lily the archer, and a brave mouse she will be for my 4 year old. Both of them (as well as my Son's 8 year old daughter) have helped me start painting the figures. Only the basic coats, but I figured it would help them get into it with an investment of their creativity. I must say it was fun talking to them about colors and why we where choosing this color and that. Also everyone knows give a kid a crayon or chalk (but be very careful with paint or your house could get redecorated really quickly) and they will never fail to amaze you with their vision of how colorful the world is.

I must say that every time I get grumpy or am having a bad day (or think I am) I think of them and how blessed I am to have them. They have helped me see through a child's eyes once more and it has been a glorious journey so far that I have had with them.

So without further yammering from me I present Lily, the first of six characters that I have added the finishing touches to what they started. 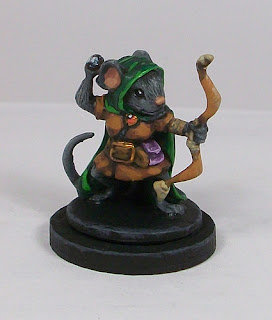 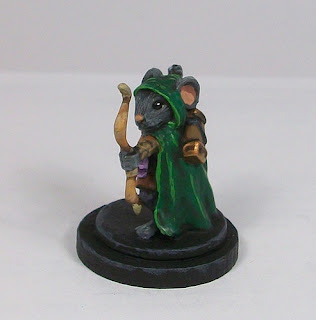 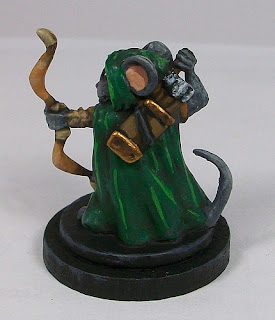 Here are a couple of shots of Lily being displayed by my beautiful hand model (my Wife's hand, not mine:)) to give you some perspective of size. 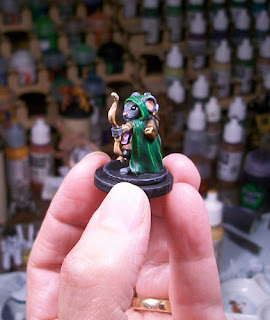 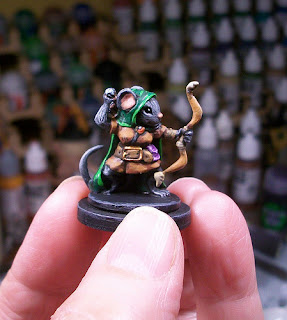 They are soft plastic models that came with the game and have soft detail, but still they painted up nicely. As always thanks for looking and I hope you've enjoyed the telling of my tale (or is it tail?).