I've put my Kirk Douglas figure on hold for right now. Why? Because I ordered a special flag from a company that custom makes them. I am hoping the flag comes out like I envision it, but I'll know in a couple of days as it's in the mail.

In the meantime I've gotten sucked into the "Batman Miniature game". I've been going gaga over Batman of late, have no idea why. I've been watching all the Dark Knight movies and when I am done, I start watching them again. I've even included Batman VS Superman, and Suicide Squad.

So last week I got a package in the mail for the new Suicide Squad batman game and at a convention a week or two before I got the package I bought the Dark Knight himself. Now I only have to get Bane, and the Joker (Heath Ledger as he is, in my opinion, the best Joker so far).

So here a few shots of my Dark Knight. I tried blending the colors making my own glazes, but it only kind of worked, but it's good enough for the game table, so have a peek and see what you think. 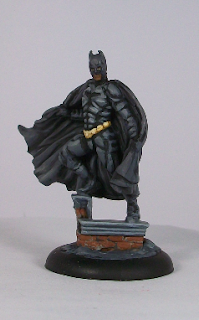 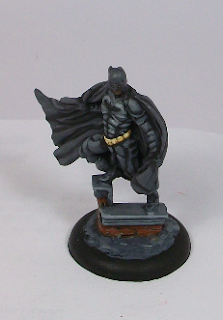 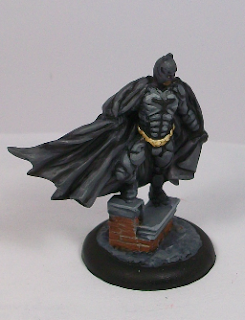 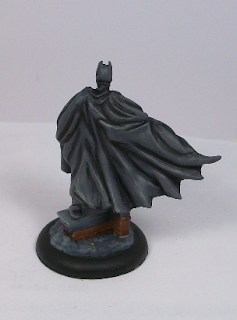 Cheers
Kevin
Posted by Kevin at 1:13 AM 4 comments:

Work on my Kirk Douglas figure from Gripping Beast (from the movie "The Vikings" from 1958) is coming along nicely. I had to stop as I was searching for some nice shield transfers and since I only needed two I didn't want to order a bunch from Little Big Men, so I arranged a trade with one of my Saga buddies. Working on the shields and I am thinking about the banner I want to make, so I am in no hurry to finish this until I have it right, but in meantime this is what I have done so far. 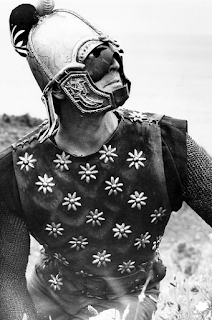 [above a black and white from the movie] 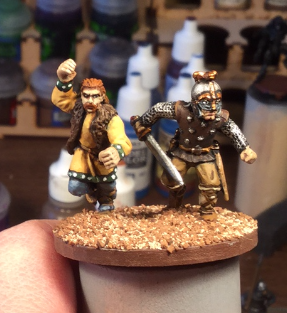 [above done figure with start of basing material] 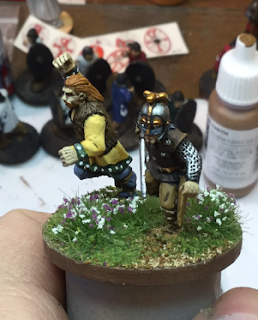 [above just waiting for shields and standard]

Not the greatest photo's as it's not done so I didn't bother getting out my photo shoot box. Hopefully I can come up with something for my standard idea soon and get this baby done.

Saga: My newest Warlord comes forth!

Two straight weekends of Conventions have left me a little worn, but over this period I've collected more stuff to add to the pile. Mmmm, feels good to have a big pile. Then reality hits and I groan at all the painting that I'll probably never get around to. But one can dream! So that said I picked up a Gripping Beast figure from my very good friend Skip. It is a replica of Kirk Douglas from the movie "The Vikings" from 1958. Great movie by the way, though at today's standards it is a bit dated. But hey Kirk "the f*&$@*% man" Douglas is in it so it is a bad ass movie!

Here are a few pics of my latest project. I am going to use him as my Warlord for the Anglo Saxons. That's right, not a Viking, besides it's Kirk Douglas he'll look cool no matter what side he leads! 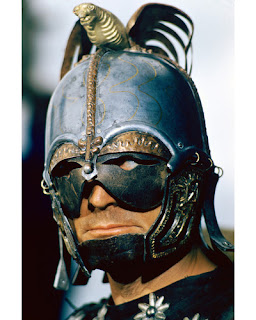 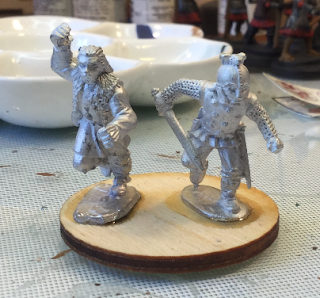 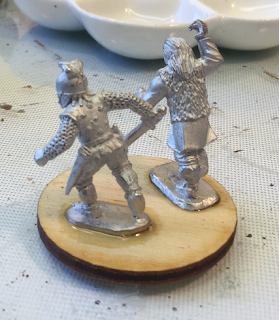 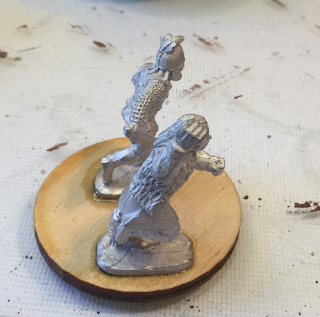 Going to paint him up just like in the movie.