Crisis in the paint room overcome!

My second paint shaker shook itself apart today (the first one I had I burned the motor up after allowing it to shake too long). 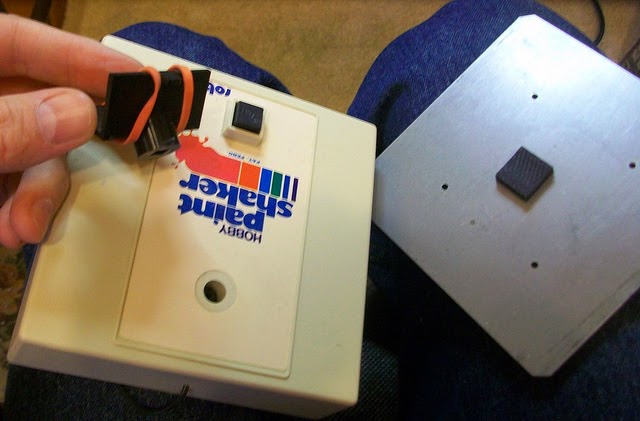 I wasn't about to go looking for a new one so I took the back plate off and had a look. 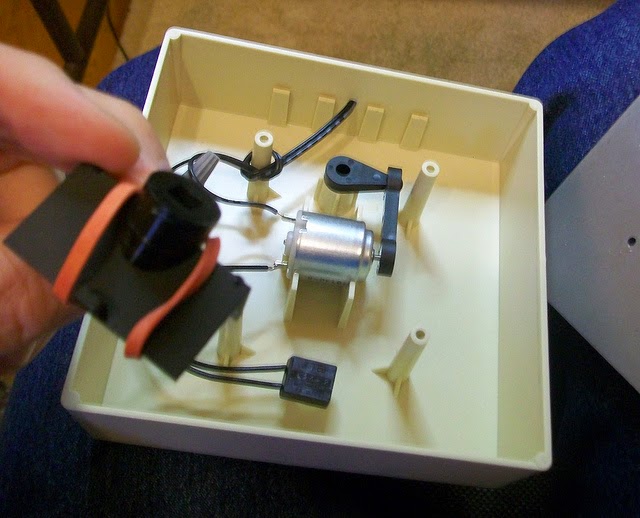 The problem was the glue for the head gave way and then vibrated off causing the shaft to fall down inside where I couldn't reach it. But being the prepared wargamer that I am I had the foresight in planning ahead for just such an instance. No serious student of our little hobby should not have the following in their inventory... 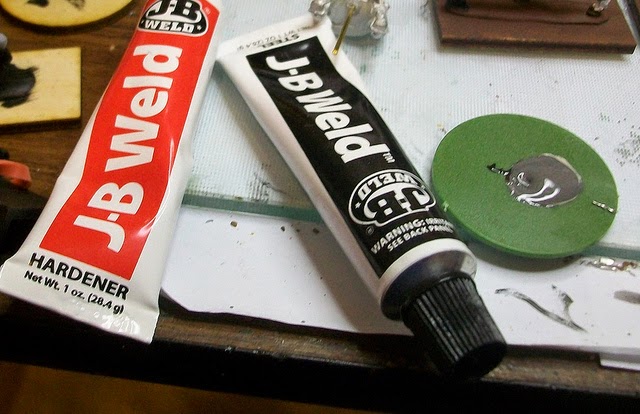 After a little dab from each tube it was a quick few seconds to fix and problem solved. Though I am waiting till tomorrow before I try using it again to give it a chance to harden well.

Frank Cavalry in the making...

Sorted out my Frank Cavalry and paints and started to work on them. Been a while since I painted horses and it is slowly coming back to me. Here is a picture of the nine I am working on. Once the other layers are put on and the Horse Furniture painted I can move on to the riders. 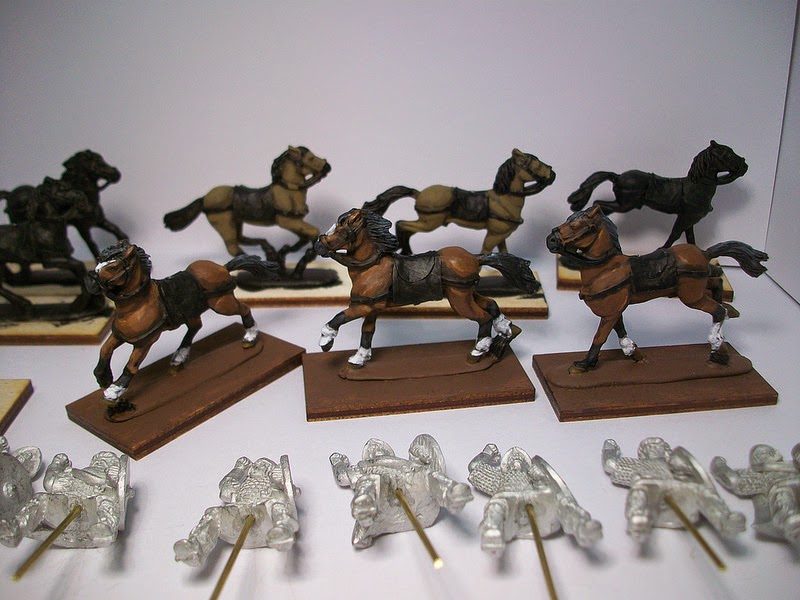 Greetings! I hope you find the following pictures of my Carolingian Franks worthy of your viewing. The figures are from Gripping Beast, colors used from Vallejo, and shield transfers from Little Big Men Studios. This is my first Warrior group of 12 figures and I am waiting on an order of 24 Early Saxons from Musketeer miniatures to mix in with them. While waiting up next will be nine of Gripping Beasts Cavalry for my Frank Warband. 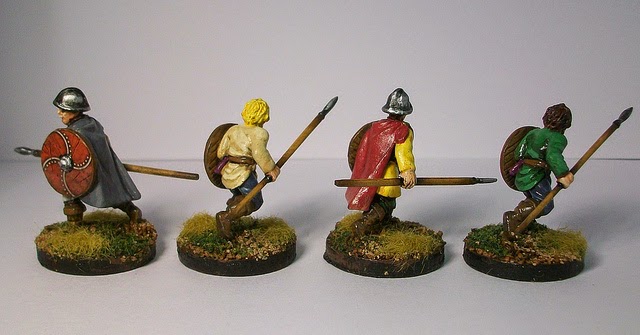 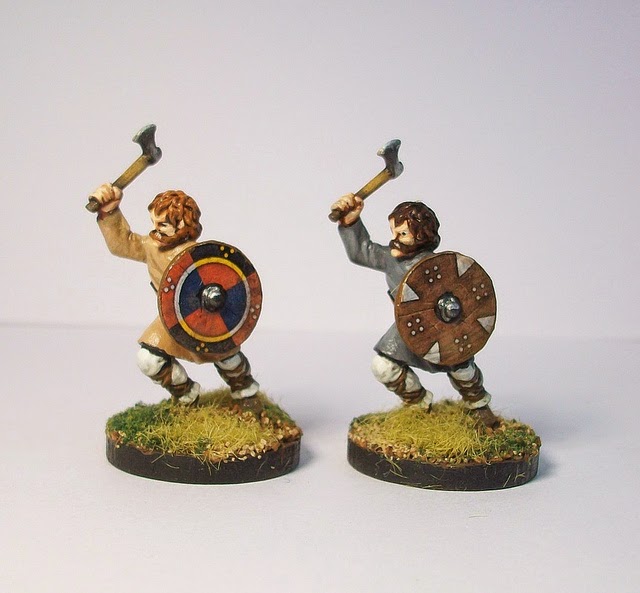 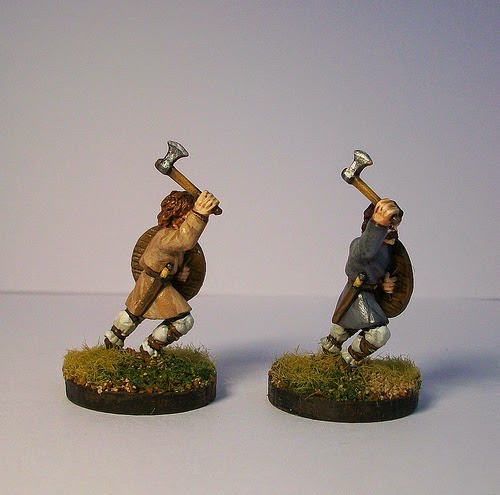 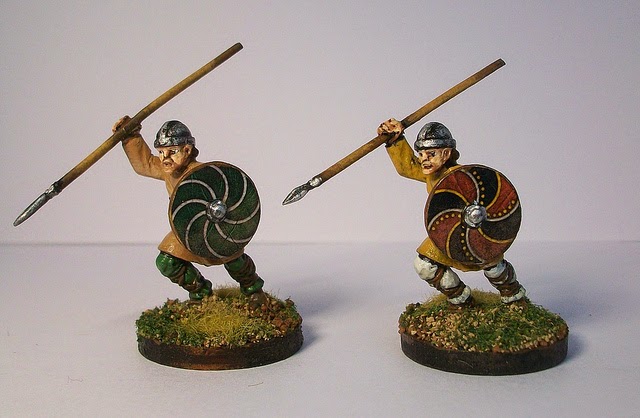 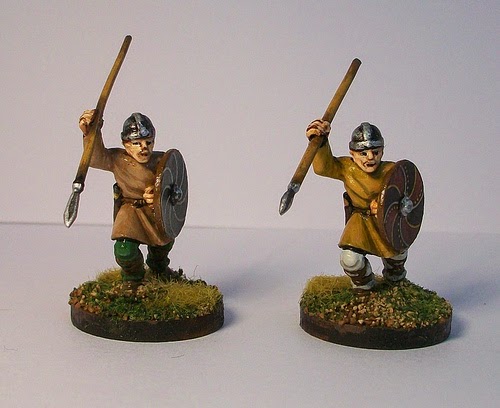 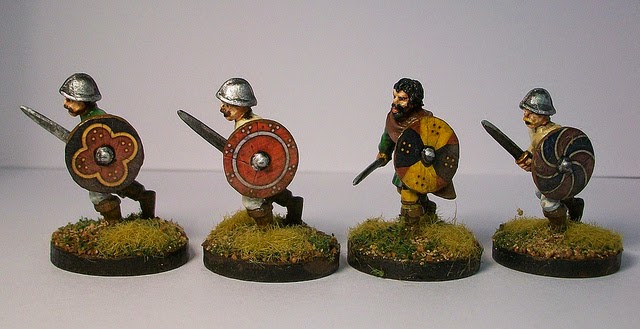 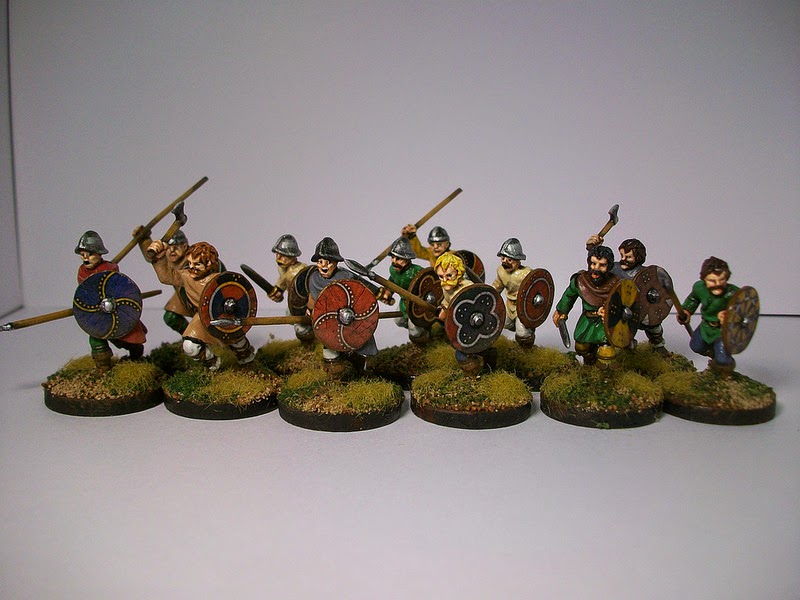 Infidel, a game by GMT

While waiting for my copy of the new Saga rules (The Crescent & The Cross miniature rules) I started reaching out to other areas to scratch that itch. I picked up a book called "Victory in the East" by John France and, though at times it's difficult sorting out all the players he is talking about, I have found it a pretty good read. Of course that has fueled more interest and I pulled a game off my shelf that has been sitting there since release collecting dust called "Infidel" by GMT games.

All I can say is Wow! What was I thinking not getting this one to the table sooner. There are six battles in the box spread out over the time period of the different Crusades. Rules are about 14 pages and pretty easy to read, and digestible by experienced or novice players. I gave them a quick one over and played the scenario Antioch 28 June 1098 face to face with a friend. We both found it refreshingly light and fun. Having played I went over the rules again and only had a hand full of questions that where resolved by the second reading.

If you have ever played Great Battles of History (GBoH) series, you will find this a lot lighter and can easily play a game in 2 hours or less. You do sacrifice some realism for playability, but now a days I want to complete a game, drink a brew, and have a nice conversation with my opponent. My plan is to try and play each scenario before I move on to the sister game called, "Blood & Roses" (taking place during Medieval times called War of the Roses, think Tudor's, Lancastrians, Yorkist, etc.).

The game models the supremacy of Cavalry during the Crusader Era and how the different types (Knights, bowed armed light cavalry, etc.) fared against one another on the field of battle, and how the tactics evolved over the period of the campaigns.

I liked the game enough that I got my PBEM Vassal playing friend across the Ocean to give it a go. The following is a picture of the game set up based off a current playing file (Vassal is a Java based program that allows you to play live over the Internet or play by email with anyone around the world, how far we have come since the Crusade day tech) of the battle of Antioch.What's nice about this scenario is there is practically no setup as both sides start off the board. 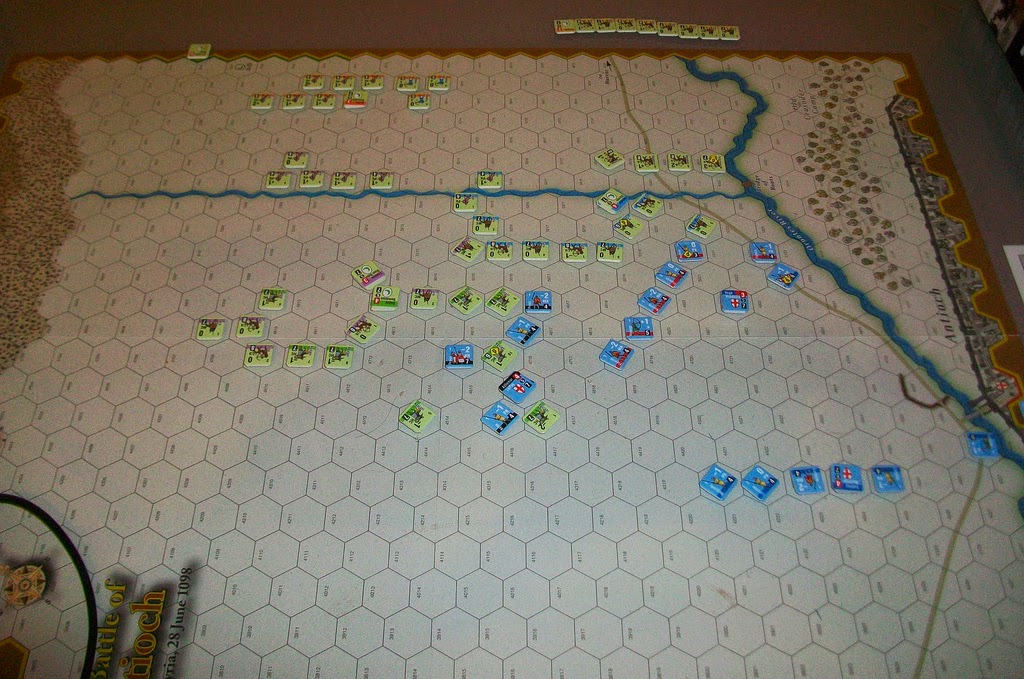 I highly recommend this game as a light fast playing game that you can enjoy over beer and pretzels and have enough time to set up another if you feel like.