Kosaka was known as the "Nige Danjo" (literally, the fleeing Danjo (Danjo stands for a formal title, Danjochu)), because of his cautious commanding and skillful retreats.

Hero of the fourth "Battle of Kawanakajima" as the general in command of Kaizu castle, Kosaka played an important role in this battle. He informed Takeda via signal fires of the movements of Uesugi Kenshin's army as it approached, and then led the sneak attack up the mountain Saijoyama with 8,000 of Takeda's men in order to drive Uesugi's men down to the plain where they could be surprised by Takeda's army. Even though the tactic failed, Kosaka led his men back down the hill, attacking Uesugi's army from the rear, turning the tide of the battle.

So we come to my little elite unit (hearth guard in Saga) I've painted up for my Saga warband. September 16th I will be meeting my nemesis in the field (he is bringing an Oda Nobunaga list) to battle against what was supposed to be my Takeda list. Unfortunately my other mounted Samurai that I needed are on back order so I will have to do a vanilla list (very sad face here). But it is more important to cross swords with my long time friend as we only get to see each other a couple of times a year. In the past when we had 15mm Samurai DBA armies we would drink Saki, and eat sushi. A tradition that I intend to keep going. It will be glorious and songs will be sung about our great adventures long after we have left this earth...... okay probably not, but one can dream;) 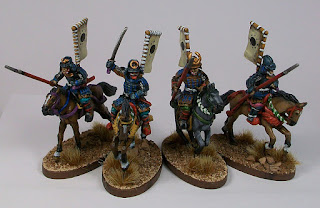 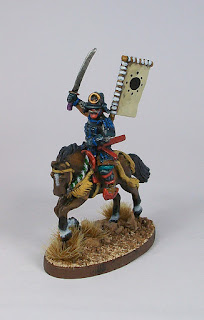 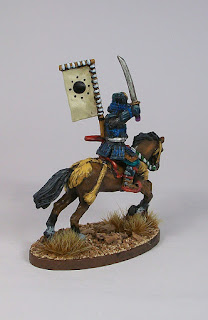 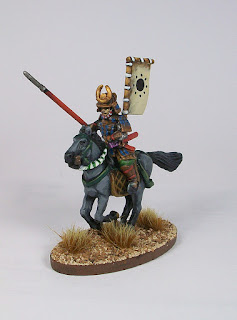 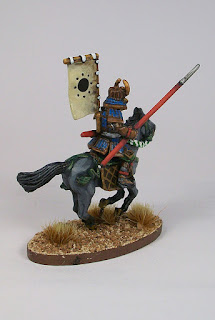 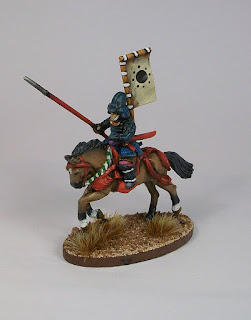 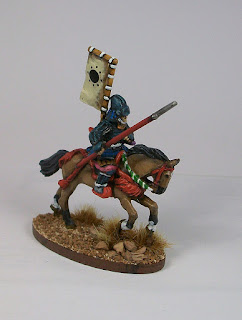 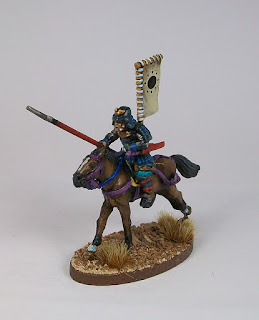 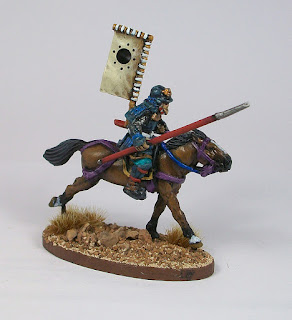 I use Crystal Clear to coat my miniatures. It doesn't yellow with age and it's like nail polish sealer in that it's not easy to scratch the paint on these boys. To take the shine off I use Testor's Dulcote. It's a new formula these past few years so doesn't give them a complete flat finish look, but still I like the result. Besides they're toys after all so a little shine makes you think this;)

As always thanks for looking
Cheers
Kevin