Well at least I hope it is. Turnbull says he dressed his men in red all the way down to the Ashigaru. Also I hope I have the mon's correct for him fighting with Takeda Shingen around late 1560's early 1570's (using Samurai Archives and a pamphlet produced in the 90's). If not I hope they look the part at least. As I read it looks like there could be several different personal Mon's used by the Samurai who served him. So as I go on with the project and figure it out, I might add some other Mon's to different units dressed in red. I am also going to paint up a few odd Samurai to throw into the mix of Ashigaru. This is the group shot of my first painted up unit for Saga Samurai. 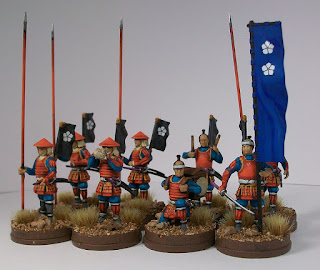 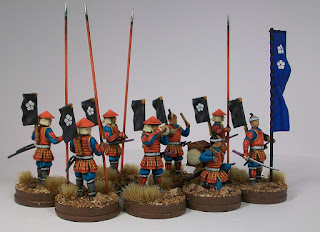 
That's it for now, and thanks for looking.

One of my favorite miniature subjects has always been Sengoko period Samurai. They are difficult to paint (to me at least) and find good English sources about them. Though they started to become more uniformed as the Samurai realized the value of the Ashigaru and started mass producing armor and weapons because of this. Industry kind of paved the way for them to become so, but still they have always been something I fear painting because of all the detail involved. Maybe not as many colors as the Geppo Wars, but still enough to make me cringe. It is also because of my love of this period that I feel the need to try and get all the detail involved that my modest talents allow me to do, thus another reason for staying away as I've lacked patience in the past (and the skill). But now because of Saga skirmish rules, and Osprey's Ronin rules I won't have to paint a lot of figures and can take more time to do stuff right or at least try. So will begin my new adventure into historical miniatures.

My renewed interest is also the fault of my very good friend Skip. The bastard.... ahem, I mean my good friend suddenly sent me an unexpected email about this great deal we could get off of Bartertown (a place where you can sell and buy stuff miniature related). A great deal it was until we found out that they wouldn't come with Sashimono's and the weapons where cast on and worst of all they were 1970ish Ral Partha figures (back then we didn't think bad, but today, yuck!). So the deal fell through but not my hunger to try getting back into the period again.

There are several excellent metal ranges out there, one being the fantastic Perry range. But I decided to go the cheap route to start out with and got a sweet deal on Wargames Factory plastic Rising Sun line. Now I wish I kind of just went with expensive Perry's line, instead of having to fuss with putting these finicky little buggers together. But unless you try you can not fail as they say.

First let me tell you that the instructions are non existent for these little models  and so you better have some skill with modeling or your going to want to pretend your Brett Favre (Retired NFL quarterback) and give them a good chuck out of an open window (seriously I almost did this). Once you get the bloody things together you'll see that the poses are a bit wooden, BUT they do paint up nice. Though the detail on these is very fine so your going to have to thin down your paints or you'll lose that fine detail quick.

Here is a picture of a Samurai I put together and then the painted one (NOT MY PAINT JOB) was a picture that inspired me to build it so. [For those unfamiliar with blogs you can left mouse click to see a bigger picture] 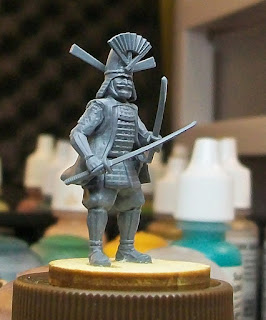 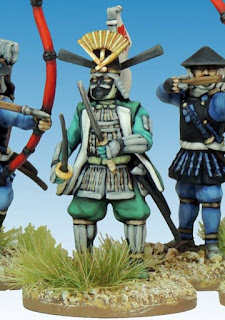 Again they do paint up nice. So I built a few more and have a unit of 8 done and here is a teaser picture of one of my Ashigaru dudes. The plastic Yari like pike was to fiddly for me so I replaced it with a piece of brass rod so flow with it. Also for scale effect I used brighter colors than what it would look like in real life. The rest I will show in a group photo later as I am still finishing the bases for them. 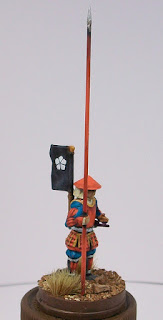 I'll report more on my little project as I go, but as we all know with my mountain of painting projects it may take a bit.

Thanks for looking as always
Cheers
Kevin

I am soooo happy to finally be done with this project. Yes indeed, it's been a long journey down that painting path of other projects crying out for attention, but I finally made the big push these last couple of days and completed the most important dude of the squad, the Sergeant. So without further ado here he is, as well as a snap of the completed squad together. 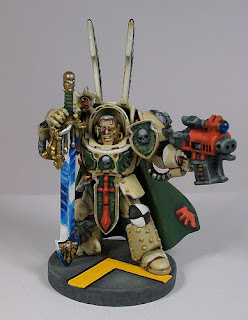 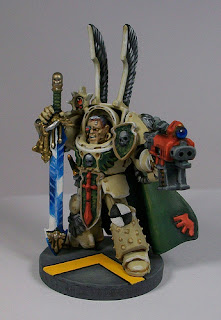 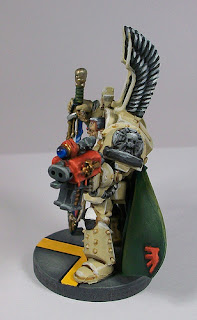 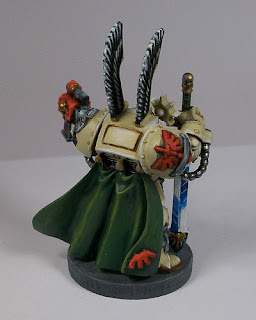 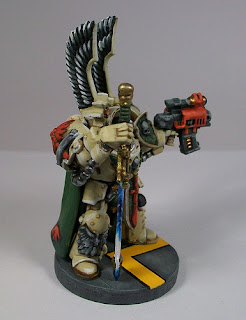 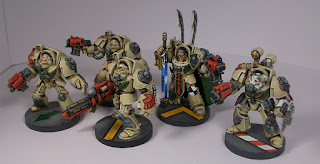 Well I haven't posted in a few, but not because I haven't been busy. Finished another Ork boyz squad. So now I have two squads of 12 each. I need to paint up one more squad so I don't feel guilty painting up some of the Orky fun stuff (Killa Kans and such). I've also been working on my Dark Angels Terminator Sargent for Space Hulk and almost have him finished. While the paint dries in between this I've been painting up another Saga historical War band. But more on that later.... 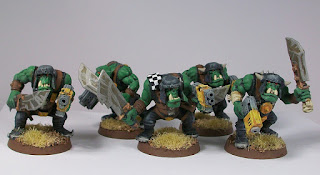 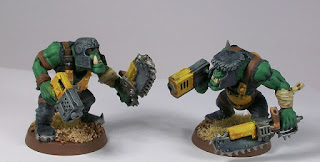 Ah, and my favorite Ork boyz with anti - zombie weapons! 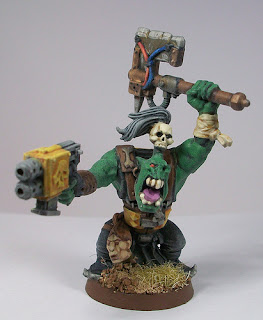 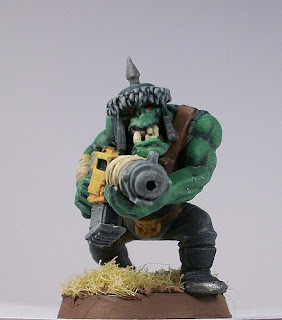 ...and lastly my odd Ork boy shoota that brought my other squad up to an even dozen.
Of course your seeing a nice photo of the business end of an Ork boyz shoota;)

Been having fun painting these guys up. Maybe because there a little bigger than my 28mm historical and there so well sculpted it's pretty easy to give them a basic paint job.